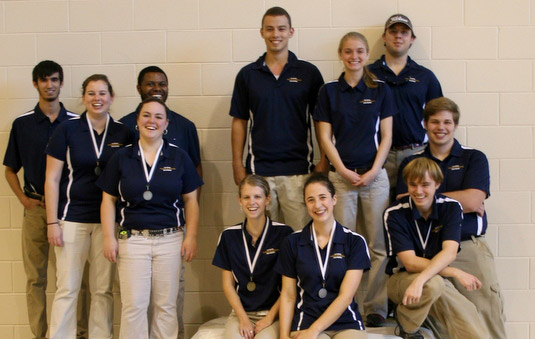 “Southern Eagles Archery has been the best club that I could have joined at Georgia Southern,” Allen said, and Luoma agrees.

Both Luoma and Allen have been extremely successful in the competitive world of archery and were both named National Champions last May. In addition, the two archers have been awarded a number of titles from various national, state, and local tournaments, with the USCAA National Indoor Archery Championship being their most recent victory.

Luoma and Allen extend their congratulations to all of the archers who competed in the recent indoor tournament. “All of our archers did great and represented the Eagle Nation well,” Allen proudly stated.

“I’m excited to see how much more our club can grow next year and how many more people we can get involved,” Luoma said. “We have a lot of fun at practices, and it’s always great to see the more experienced members spread their knowledge to the newer members.”